Reading order as indicated below. 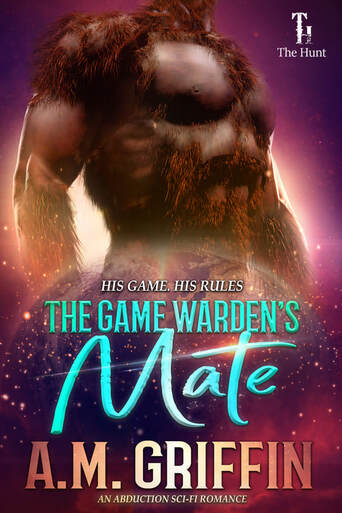 The Hunter. As the new Game Warden, Xrez Ym’ihla brings patrons from across the galaxy to track prey in a game built to enslave the weak and mate the strong. The business is a long running family legacy and Xrez is determined to succeed as his father had before him. He hadn’t meant to let one human occupy his thoughts, mind, and body.
His lies may come back to haunt him, but if he reveals the truth, he’ll ruin his chance to capture the heart of the one he wants.
The Prey. Esme Valdez had her entire life planned from an early age. As a chemist, her life was average and mundane, just the way she liked it. Until the impossible happened. Never did she imagine being abducted by aliens and forced to participate in a survival of the fittest game called The Hunt. If she survives and makes it to the end, she’ll be freed. If not, she’ll be forced to mate the one who captures her.
Esme is determined to win at all costs, even if it means putting her trust in a sexy alien who taunts her in the most delectable way.
Their love was built on betrayal. Can she trust him with her heart and life?
​​Buy Links:
All retailers
​Google Play (also available as an audio!) 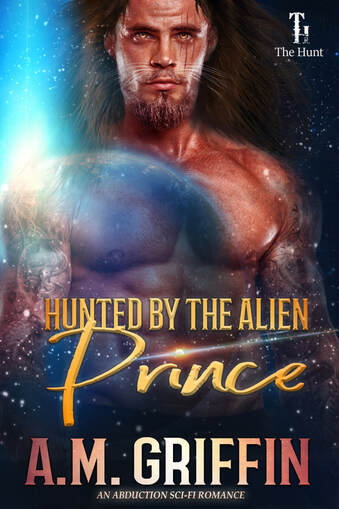 The Hunter. Prince Themba bu Kumkani has spent his whole life putting family and kingdom above his own wants and needs. With his impending bonding ceremony on the horizon, he’s gifted a coveted spot in The Hunt. His catch and release strategy is forgotten once he lays eyes on the human female. Their hide and seek game is fuel to the fire raging out of control for her. He’s staked his claim on a mate he cannot have, but can’t live without.
Now Themba has to choose between love or family. One choice will bring happiness while the other will cost him his homeworld and title.
The Prey. With an ex who didn’t want to be an ex, and an impending divorce hanging over her head, Payton Cole already thought her life had gone to hell in a handbasket. Then she woke up in an alien survival of the fittest game. Her top priority is to keep herself and her dog alive until the end. Winning The Hunt means gaining her freedom, but returning to Earth isn’t a high priority.
She doesn’t know where she’ll go or what she’ll do, but one thing’s for sure—she doesn’t intend to be anyone’s property.
Buy Links:
All retailers
Google Play​ (also available as an audio!) 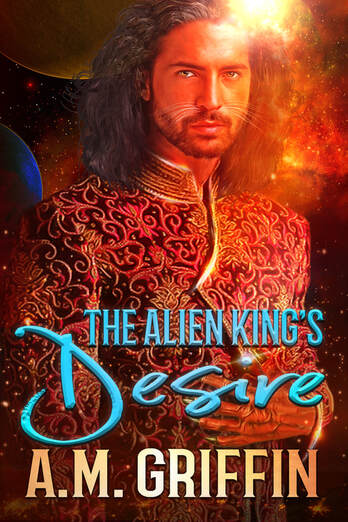 A spin-off of The Hunt series.
Melisizwe is the Kgosi and sole ruler of the bu Kumkani Kingdom. He needs a powerful queen with alliances, wealth and connections at his side. To find his perfect mate, he invites nine dignitaries from across the galaxy for a meet and greet. Instead of focusing on a fitting match, he’s plagued with assassination attempts, civil unrest, and meeting his true lifemate—a human. For the good of his race, he must pledge himself to a female of status, so there’s no room in his life for a lowly security guard.

Atlanta Georgia Moore has never visited Earth or her namesake. Born and raised on a distant alien planet, she has worked hard to fit into a world with people who view human emotion as a weakness. She has trained hard to suppress all human traits until she meets the Kgosi. The effect he has on her body and heart frightens her but, for the first time in her life, she wants to embrace who she really is.

Atlanta can fight and protect others, but defending herself against love just may be the battle of her life.
Buy Links:
All retailers
Google Play (also available as an audio!) 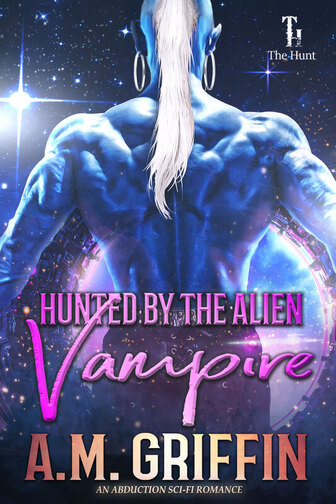 He refuses to die…
The Hunter. When Bounty Hunter Fanian Uldri is contracted to hunt a human female for a wealthy client in a game called The Hunt, he believes it will be the easiest credits he’s ever made. An ordinary human wouldn’t stand a chance against him. Easy, right?
Wrong. The human he has in mind is proving to be more than he anticipated. In a game of will and wit, he finds himself enjoying the challenges with the female. Will he be able to turn this worthy adversary over to a male who won’t appreciate her, or will he defy his own rules and keep her for himself?

She refuses to give up…
The Prey. As a struggling single mother of two, Miranda Murphey thought her life couldn’t get any worse. Then she woke on an alien planet trapped in a dangerous game that could mean life or death for her small family. Miranda knows her chances of winning and returning to Earth are slim but she refuses to give up. All she has to do is elude the hunter who intends to sell her and make her way to the finish line.

With their lives on the line and the children’s safety at stake, Miranda has to trust the last person she’d ever thought she would—an alien who refuses to die no matter how many times she kills him.
Buy Links:
All retailers
Google Play (also available as an audio!) 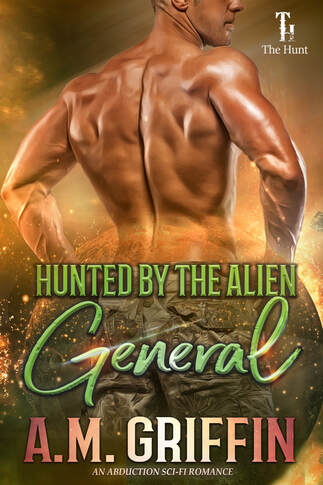 The Hunter. Adiya Yamma had one goal: Find a male and mate him. As the unexpected heir to her mother’s legacy, she would do anything to thwart her sister’s plan to usurp the role and overthrow her leadership.
The plan was simple. Enter the illegal hunting game, claim one of the frail humans as her mate and secure her rule. What she didn’t intend, was to find a man who satisfied her needs and wants beyond her every desire.

​The Prey. One night Ben Browder was in the Afghanistan mountains and the next he was on an alien planet with eight other abductees trapped in a survival game. As a Marine, Ben didn’t expect to have any problem completing all three levels of The Hunt and earning his ticket back to Earth.
Then an injury sidelines him and Ben has no choice but to make a bargain with an alien huntress determined to claim him as her own. Agreeing, Ben knows there’s more than one way to win and he’s about to prove he’s more than a muscled enforcer.
Buy Links:
All retailers
​Google Play (also available as an audio!)